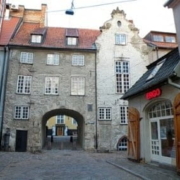 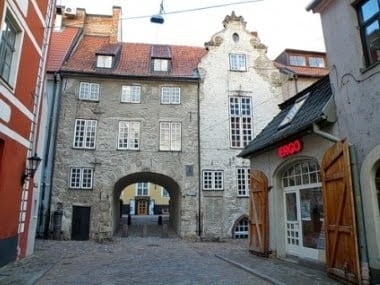 The Swedish Gate is a cultural monument, an architectural complex located in several houses on Tornja Street in Riga in Latvia.

In 1621, Riga was ruled by Sweden. The Swedish occupation continued until 1711. Naturally, Swedish rule left a noticeable mark on Riga history. At this time, new architecture buildings appeared in the city: the Yakovlev barracks or the Jekaba barracks and the Swedish Gate, which are currently among the most popular attractions in Riga.

Peter I ordered the destruction of the Jekaba barracks. Later, new ones were built in their place. The Swedish gate is the only one of all the city gates that have survived to our days almost unchanged.

However, there is a more realistic version of the formation of the Swedish Gate. Most likely, the city authorities decided to equip a lockable passage to the buildings located on Tornia Street. Therefore, new gates were cut through.

The Swedish gate was so called for two reasons: first of all, their appearance coincided with the time of the occupation of Riga by the Swedes, and the second reason is that most often the Swedish soldiers used this gate. The soldiers were housed in the Yakovlevsky barracks, which were located near the gate. Therefore, the Swedish gate is a kind of symbol of the era of the Swedes. At night, the Swedish gates were locked on powerful deadbolts, and the watchman kept a close watch so that not a single living soul could penetrate through them.

There is a legend that speaks of the height of a terrible plague. At this time, the city was in quarantine. One young girl tried to get through the Swedish gate to see her lover. But the guards managed to catch her. The girl was treated very cruelly. She was walled up alive in the wall. Since then, at night from the side of the wall, terrible cries and groans of the unfortunate have been heard.

But not only this unfortunate girl became a hostage of the Swedish gate. According to another legend, two lovers were walled up in a wall near the gate: a Latvian girl and a Swedish officer. Their love was initially doomed. Indeed, according to the laws of Sweden, officers could only marry Swedish girls. The lovers neglected the rules, for which they paid with their own lives.

Nowadays, this ancient legend allows lovers to check the sincerity of their feelings. You need to go through the Swedish gate with your soulmate. And if their feelings are as strong as the feelings of unfortunate lovers, then exactly at midnight the couple will hear the treasured “I love you!” Coming from the wall.

They also say that for some time a city executioner lived in an apartment located above the Swedish gate. He had a habit of “warning” Riga residents about the impending execution. The night before, he always laid a red rose on the window, and all the inhabitants knew about the impending bloody action.

In 1926, the Society of Architects of Latvia rented a house with the Swedish Gate from the city authorities, which was rebuilt in accordance with its new purpose. The building acquired a baroque look, completely coinciding with the time of its appearance. The interior of the house (stoves from the tiles of the 17th-18th centuries, classic and Baroque shades and so on) was arranged by the Riga architect and artist A. I. Trofimov.

Currently, the ensemble of the House of Architects includes houses No. 11, No. 13 and No. 15 at the Swedish Gate. In addition to the Latvian Union of Architects, a library is located here, where you can freely access and enrich your knowledge of the history and culture of the country. 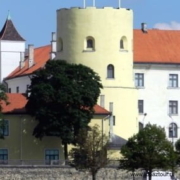 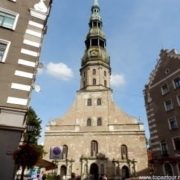 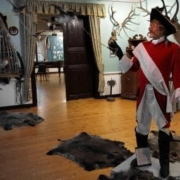 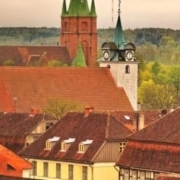 The city of Kuldiga 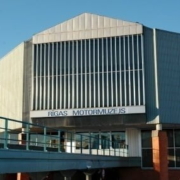 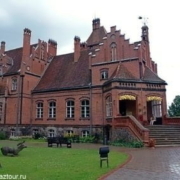